Diane Sheets, founder and owner of Nashville Tea Co, said she feels like she is part of something special — the booming small business community in Columbia.

She held a grand opening for her brick and mortar store at The Factory at Columbia just two weeks before COVID-19 hit the state last year.

“It was standing room only,” Sheets remembers.

Even though times have been tough, the business survived, and she’s hopeful about the future as her business and clientele grows.

“I would not have survived if it had not been for the support of other local businesses here,” she said. “I love being a part of The Factory. The venue has taken an older building and made it into the vision of what Columbia needs and wants.”

The Factory is a trendy venue for small business vendors that is growing and attracting local start-ups, including B’s Sweet and Salty Bakery, Wear It Well Consignment Boutique and Traveler’s Botanik.

“I believe we are bringing people in even during COVID. I think that small businesses at The Factory are a part of a core group that can attract other retail vendors to the area,” Sheets said.

“I hope we never lose that small business energy we currently have in Columbia.”

City officials say building a thriving small business community is just the first rung in the retail “ladder” that could attract larger retail outlets in the future, like Target, for example.

In July of 2020, the city hired recruitment firm Retail Strategies to research and create a long-term plan for developing the next wave of attracting future retail companies to Columbia.

Retail Strategies’ first initial report was presented in January to the city’s Industrial Development Board. The 75-page report explored areas such as the company’s approach and role in recruiting new retail, local shopper demographics and areas that present the biggest need.

Portfolio Director John Ruzic, who presented the report, said that cities like Columbia hire firms like Retail Strategies typically to devise solutions to “increase sales tax revenues, create new jobs in the market, improve the quality of life for citizens and bring new businesses in.”

The problem with retail recruitment, he says, is the lack of local resources and time to get the best product.

“What we try to do is surround your community with that time, those resources and experience to create those desired results that you are looking for,” Ruzic said. “We try to speak the language of retail, take that off your plate so you can focus on other types of economic development. We take that on.”

According to the report, one in four jobs, on average, fall under the retail category, showing that full-time retail workers often making slightly more money annually than full-time non-retail workers.

The full Retail Strategies presentation from the Jan. 26 meeting can be viewed on the city’s YouTube page.

Just like the old saying, big retail isn’t built in a day, but can develop over time through a process called the “retail recruitment ladder.”

The retail ladder is an economic approach, which starts with building a strong foundation of smaller businesses, those with a smaller economic footprint.

“Oftentimes, we see communities that have unrealistic expectations about the type of retail that they can support in their community,” Ruzic said.

“What we say is that you really need to build out that bottom tier of the ladder. Once you do that, you build up more and more impact from retailers, from a jobs standpoint, and from an economic impact standpoint.”

Retail is also always changing, which Ruzic called a “constant moving target,” whether it is a change in demand, its target audience and demographic, or local economic status.

This is where groups like Retail Strategies come into play, because their expertise is one in which it tries to stay one step ahead of the industry, he added.

“Things are always changing in the model, and we pride ourselves on keeping up with that and being very connected with the industry in order to keep you and your team abreast of those changes that are always going on,” Ruzic said.

Adapting to COVID-19 in retail trends

It’s no secret that COVID-19 in 2020 had a major impact on retailers, better for some than others.

According to the report, businesses such as grocery stores, pet suppliers, hardware stores and restaurants (delivery and pick-up) are considered the “winners” during the pandemic, whereas clothing, hospitality/hotels and sit-down restaurants suffered the biggest losses.

The success, Ruzic said, was based on which businesses were able to adapt to the changes COVID-19 presented.

“Those are the ones who are succeeding,” he said. “An example of that is how Bed, Bath & Beyond implemented an in-store pickup, and a lot of places are doing that now. Or maybe you ordered your coffee on your Starbucks app this morning. Those are examples of a quickly-pivoting retailer.”

Ruzic added that the losses tend to happen to retailers, who haven’t been adapting to customer buying habits. There are also new requirements for certain establishments, such as restaurants that now require drive-thru windows or larger parking areas for pick-up customers.

Companies opting for online sales have also increased over the last few years, although data from 2020, including COVID-19’s true impact has not yet been recorded.

From a municipality standpoint, hotels and larger luxury goods have seen a significant drop in revenue over the last nine months. However, smaller local businesses have, in many cases, seen an increase in revenue. There has also been an increase in certain local tourism markets due to vacationers taking short-term, regionally-based trips.

“Tourism and business travel are really hurting right now. Their sales tax revenues are way down, occupancy tax is way down in hotels,” Ruzic said.

“Whereas, we’re seeing secondary and tertiary markets with a little sales tax revenue, and sometimes even an increase. The reason is people are staying in markets like Columbia and buying goods there, because they are no longer commuting to their offices in Nashville.”

What are the demographics?

When it comes to the market’s demographics, the numbers read much differently than a standard population count.

Although nearly 38,000 people now live in Columbia, the retail data shows that the market is experiencing more than three times that amount, or 140,000 consumers, who frequent local businesses. According to the report, the average consumer’s age is 38 for men and 40 for women.

Data in the report is based on information collected by retailers such as tracking customer drive times and using mobile tracking via cell phone apps, which customers voluntarily consent to when an app asks if it can track the user’s location.

“What we can see is where they are coming from to shop or do business in Columbia. We use that information to create a customized trade area,” Ruzic said.

“We think this more accurately tells the story of an area to the retailer, rather than what I would call your ‘Wikipedia’ definition, but actually showing the number of consumers who are most likely to shop, visit or do business in your community at least once a month.”

Columbia is also estimated to see a 9.9% growth rate over the next five years, which Ruzic said “is just outstanding” compared to an average of 3 to 4% growth observed in similar communities.

A consumer GAP analysis tracks demand based on which types of businesses would be most successful, as well as how much money is being spent outside of the consumer area. For example, the report shows Columbia could potentially invest an additional $166 million in the grocery market, as well as $105 million in general merchandise retail.

In conclusion, the report shows that top retailers ripe for recruitment in Columbia fall under the restaurant, grocery, auto and clothing industries.

No specific companies were mentioned specifically because Retail Strategies’ duties are to, as Ruzic says, act as a “match maker” to connect cities with businesses with the best potential for success.

“What we want to do is play matchmaker for the retailer and the market. We take a really detailed look at what your retail assets are, and drive every little nook and cranny of it to find out, ‘Where are the places that retail wants to go?'” Ruzic said.

He explained that some of the components for success are a high traffic count, excellent contingency, convenient location to the consumer, great parking and high visibility signage.

“What we’re looking for is ‘home run’ real estate,” he said.

A #groundbreaking addition to Fort Payne, Alabama is a Highway 55 Burgers joining the city! Can’t wait to go grab a burger https://t.co/8zDWLlRHUR 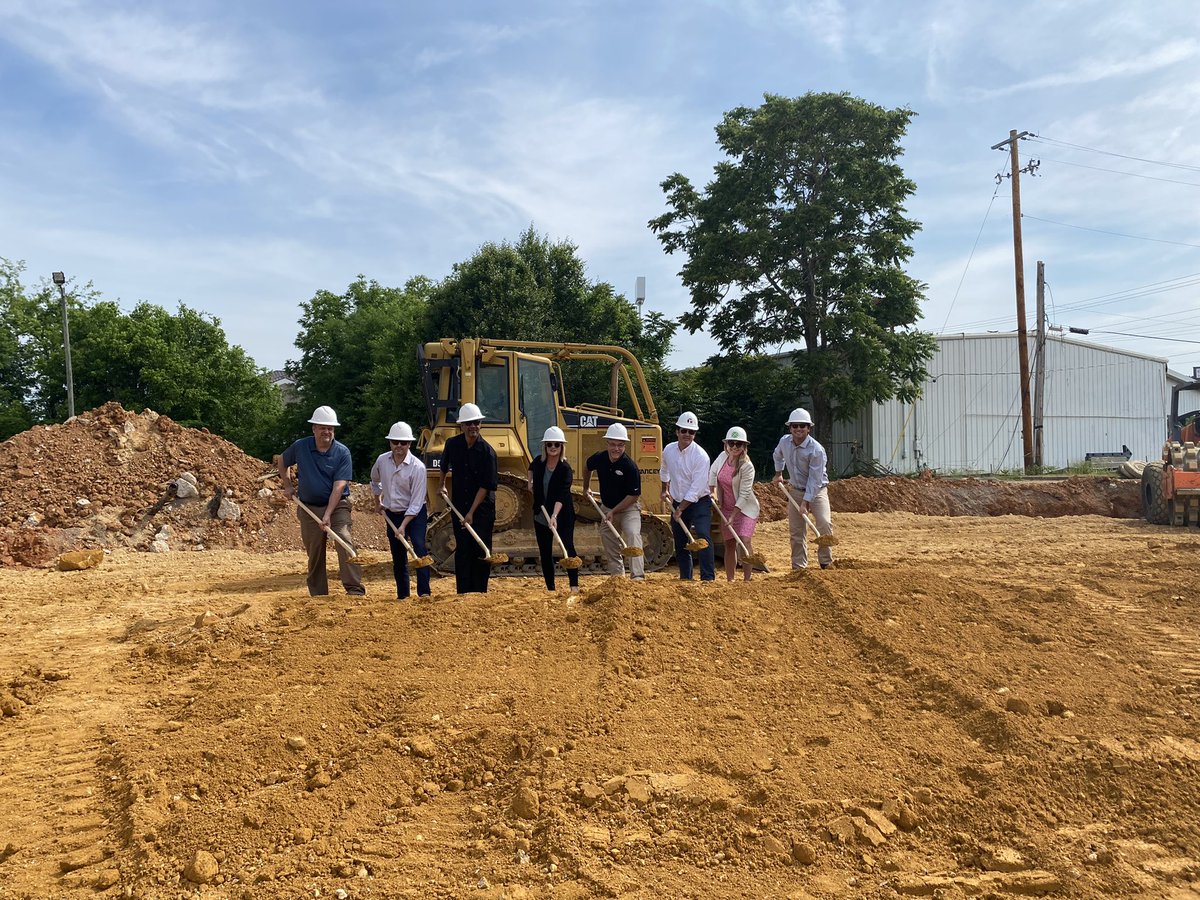 RT @BeasleyLacy: Americans are moving out of major cities and opting for southeastern states, data show

ICSC and our team at Retail Strategies are dedicated to supporting #communities and #smallbusinesses. Kick off Small Business Appreciation week and join ICSC tomorrow for their webinar discussing the future of small businesses.

A new partner in the sunshine state ☀️ The partnership includes supporting existing small businesses through training and tech assistance, as well as a downtown revitalization plan for the county.